Not only does Jane Goodall give us a window into the world of chimpanzees, it is through her open mind and non-academic background that we learn about the more abstract parts of human nature.

The connection to nature doesn’t just comes to us through the chimpanzees, but through Jane (that’s why it’s titled JANE, not The Fluffy Caterpillar). Jane is an analogue for humankind as much as the chimp population: She’s ambitious, yet learns through experience rather than academics. The open-mindedness and curiosity Jane harbours invokes in the chimps an equal curiosity and acceptance towards her over the course of the movie. The fact that it was filmed by her husband also adds to the closeness between the audience and Jane.

But enough about Jane, JANE was cool, too. Although it was filmed decades before the documentary was put together, there are very few awkward transitions (except for that one time her shoes changed colour).

In fact, I think the gap between when it was filmed and when JANE was made gives it its power. They didn’t feel the need to overly dramatise (not that Brett Morgen would do that anyway) and there weren’t any long, boring interviews (though there were some short, interesting ones).

The whole thing is smooth and pretty to look at. The chimpanzee fight scenes are incredibly impressive, and made me wonder how many cameras broke and how Jane stayed so calm while everything around her was being torn apart. And even though JANE is not about fluffy caterpillars, per say, I thought the close-up shots stole the show. 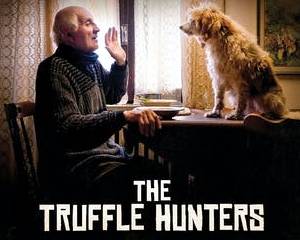 WE WILL REOPEN JUNE 11 AT 50 PERCENT. TICKETS ON SALE NOW.